Guide To The 5 Whys Template: A Simple, Yet Powerful Tool for Root Cause Analysis 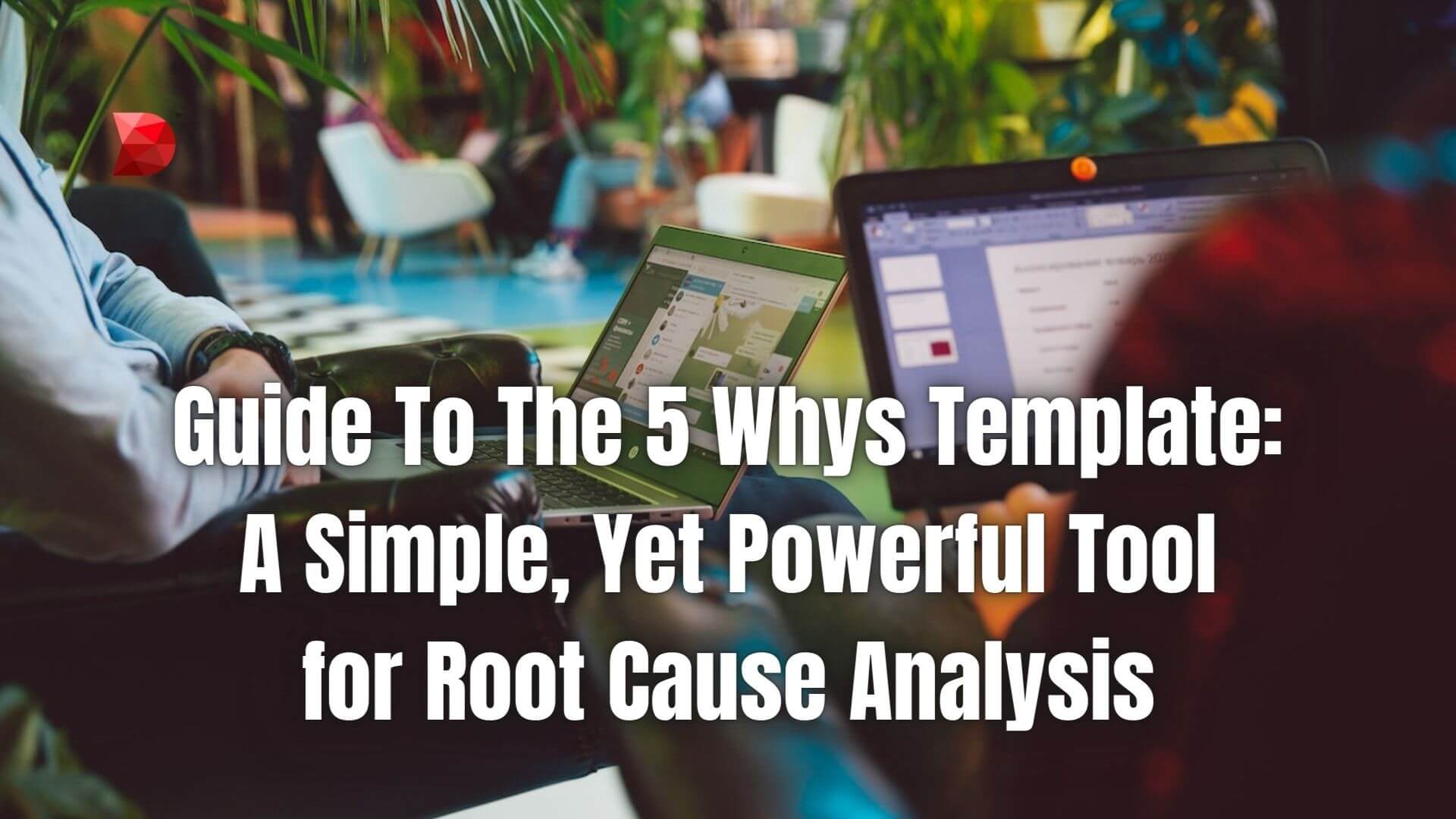 The 5 Whys is a powerful tool used for root cause analysis purposes. As the name suggests, this method takes a sequential approach to solving problems by asking the question “why” five times. In addition, a 5 Whys template helps identify the root cause of the problem and prevents it from recurring. So if you’re planning to incorporate this technique in your organization, read on for a complete guide to the 5 Whys template.

What is the 5 Whys Method?

The 5 Whys method is a simple yet powerful tool for root cause analysis. Based on the method developed and popularized by Sakichi Toyoda, it’s an iterative approach to problem-solving that starts with an initial problem statement. By asking the question “why” five times, you can zero in on the root cause of the problem.

The 5 Whys is often used in conjunction with the Fishbone Diagram, which visualizes the causes of problems in more detail. Through this technique, you can identify all the possible causes of a problem and then use the 5 Whys method to investigate each one.

What is a 5 Whys Template?

Starting a 5 Why analysis from scratch can be daunting. That’s where a 5 Whys template comes in. This is simply a preformatted document that you can use to guide your analysis. With this template, teams can perform 5 Whys root cause analysis by stating the problems and repeatedly asking the question “Why” five times until the root cause of the problem is determined. From there, the team can start formulating possible solutions to prevent recurring problems.

What are the 5 Whys Questions?

Remember that there’s no set number of 5 Whys questions you need to ask. The goal is to keep asking “Why” until you arrive at the root cause of the problem.

How to Use the 5 Whys Template?

Now that you know what the 5 Whys method is and what a 5 Whys template looks like, it’s time to learn how to use it. Here’s a step-by-step guide:

The first step is to determine the problem you want to solve. This can be done by looking at data, customer feedback, or conducting interviews with employees. Once you’ve identified the problem, state it as clearly and concisely as possible.

Here’s an example: “There was a slight decrease in the amount of sales last month.”

The next step is to start asking the 5 Whys questions. Begin by asking the question, “Why did the issue occur?” and follow up with four more “Whys” questions. Asking these questions will help you identify the root cause of the problem.

Step 3: Know When To Stop

It’s important to pay attention to the logic of your 5 Whys questions. Suppose you find yourself going in circles or asking irrelevant questions. Then, once you’ve arrived at the root cause of the problem, you can move on to the next step.

Once you’ve identified the root cause of the problem, it’s time to develop solutions to prevent it from happening again. In our example above, one solution would be to develop a contingency plan in case our supplier is late sending us shipments.

Another solution would be to work with our supplier to help them improve their production process. By doing this, we can minimize the chances of them being late in sending us shipments in the future.

Step 5: Implement Solutions and Prevent the Problem from recurring

After you’ve developed possible solutions, it’s time to implement them and prevent the problem from recurring. In our example, we can implement a contingency plan to have enough inventory even if our supplier is late sending us shipments.

We can also work with our suppliers to help them improve their production process. By doing this, we can minimize the chances of them being late in sending us shipments in the future.

Team managers should maximize the efficiency of their 5 Whys analysis by using DATAMYTE to create digital tools. The DataMyte Digital Clipboard lets you quickly and easily create custom forms for your 5 Whys analysis.

Using our intuitive drag-and-drop interface, enter the questions you want to ask, and the software will generate a form you can use on your computer or mobile device. At the same time, you can also add other elements such as photos, barcodes, e-signatures, and more.

Moreover, our digital forms can be easily shared with others on your team, so everyone is on the same page. Using DATAMYTE, you can ensure that your 5 Whys analysis is efficient and effective.

So what are you waiting for? Request a demo with us and get started today! We’ll show you how easy it is to create digital 5 Whys tools using DATAMYTE.

The 5 Whys template is a simple yet powerful tool that can quickly identify the root cause of a problem. By using this template, you can develop solutions to prevent the problem from occurring again in the future. We hope you found this guide helpful.