The History and Future of the Assembly Line: How New Technologies Are Transforming Manufacturing 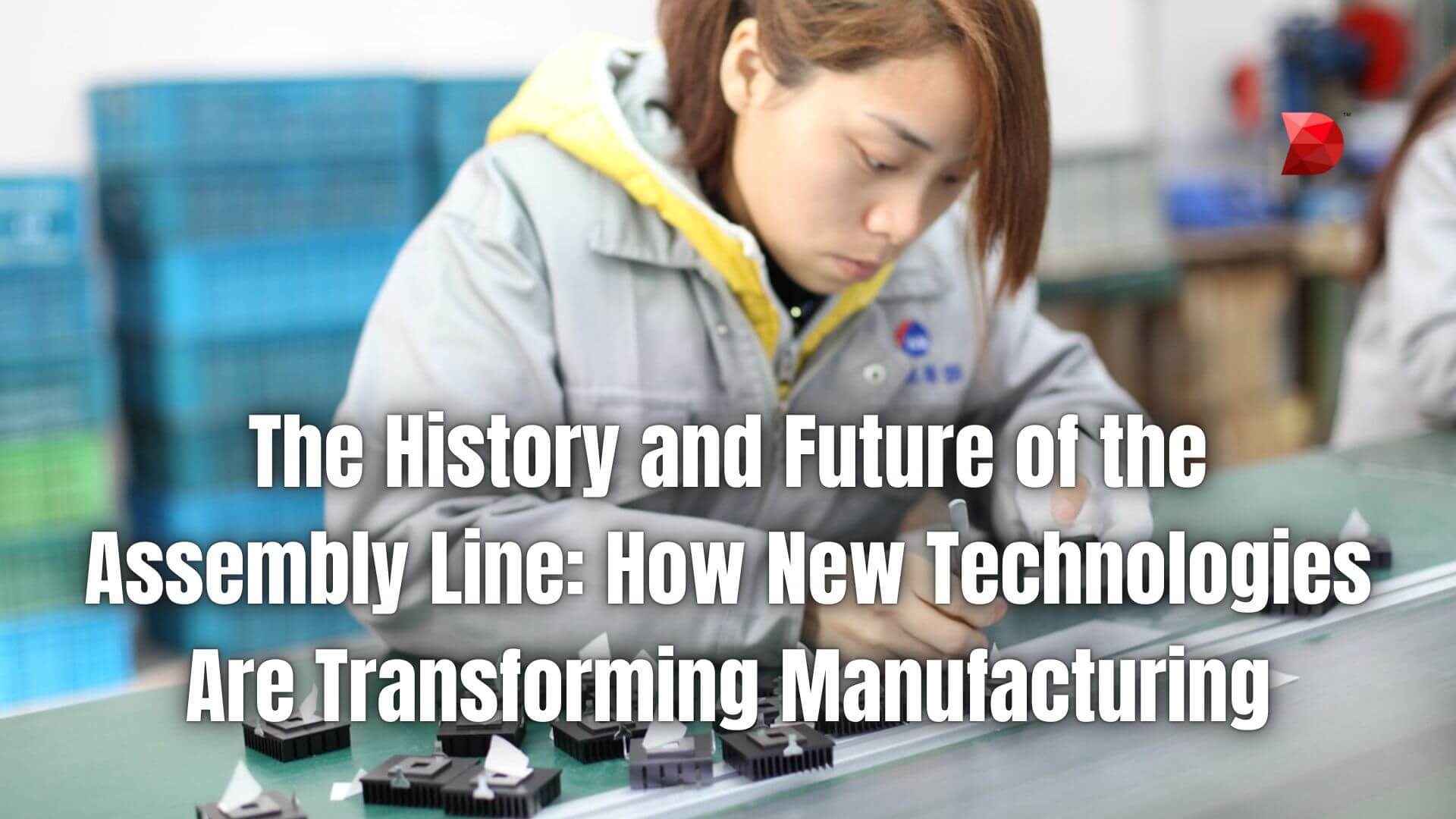 What is an Assembly Line?

An assembly line is a manufacturing system where parts are added to a product in a sequential fashion. Assembly lines are used in the mass production of products, where large quantities of the same product are produced.

At each workstation, a different task is performed on the product. For example, in an assembly line for cars, one workstation might add the engine, while another workstation adds the wheels. By having assembly line workers perform specific tasks, production can be done more efficiently.

A Brief History of the Assembly Line

So, how did the assembly line get to where it is now? First, let’s take a quick look at its history and how it has transformed over time.

While the concept of assembly lines has existed for thousands of years, it was only in the last century that this technology became mainstream in factories. That’s why it also helps to understand how manufacturing processes were designed and executed before the assembly line.

Before the Industrial Revolution, the majority of products were manufactured by hand. This meant that each product was made individually, and the same process was followed for each product.

For example, if a blacksmith were making a sword, they would follow the same steps each time: heating the metal, shaping it, cooling it, and so on. This process was time-consuming and often led to inconsistencies in the final product.

How It Made Mass Production Possible

With the start of the Industrial Revolution, manufacturers realized the value of placing operators on specialized tasks. So instead of completing a single project manually, they would specialize in a single process and complete that process on many projects.

By the early 20th century, all pieces were falling in place for the modern assembly line to be invented. Ford Motor Company would be the first to implement assembly lines in their factories, and the results were transformative.

With assembly lines, manufacturers could produce goods at an unprecedented pace and scale. For example, cars that used to take 12 hours to assemble could now be assembled in just two hours. This efficiency allowed Ford to sell cars for a much lower price, and the assembly line became the standard in manufacturing.

Assembly Lines Spread to Other Industries

After Ford implemented assembly lines in their factories, other manufacturers began to adopt this technology. Soon, assembly lines were being used to mass-produce all sorts of products, from clothes to appliances.

And as assembly lines became more common, they also began to change and evolve. New technologies were developed that further increased the efficiency of assembly lines. For example, conveyor belts and robotics became commonplace in assembly lines.

The Assembly Line with Automation

While the incorporation of assembly lines made life easier and more efficient for most industries, some manufacturers looked for new ways to lower the costs even more while improving overall accuracy. This led to the development of assembly line automation.

One of the benefits of assembly line automation is that it can help improve product consistency. Robots performing the same task repeatedly are less likely to make mistakes. This can lead to fewer defects in the final product.

The Future of the Assembly Line

While assembly lines have been around for over a hundred years, they are still evolving and changing. New technologies are being developed that transform assembly lines and how they operate.

This information can then be relayed to the assembly line workers, who can make the necessary adjustments. This can help to reduce the amount of waste and improve the overall quality of the products being assembled.

How DATAMYTE Can Help Automate Your Assembly Line

With the advent of new assembly line technologies, it has never been easier to automate your assembly line. DATAMYTE is a quality management platform that offers various solutions to help ensure a better and more connected factory among its users.

Through a series of trial and error—along with a few tweaks here and there—you can potentially improve the overall performance of your assembly line even more. With the DataMyte Digital Clipboard, you have a solution that will help you visualize your assembly line’s performance and make the necessary changes to improve it.

If you want to know more about what our Digital Clipboard can do, make sure to book a demo today! We’ll provide you with all the information and resources you need to get started on your assembly line automation journey.

The assembly line is one of the great achievements in modern manufacturing. It has allowed manufacturers to produce goods at an unprecedented pace and scale. And with new technologies now commonplace in factories, the assembly line will continue to evolve.