How Has Quality Management Evolved Since its Inception? 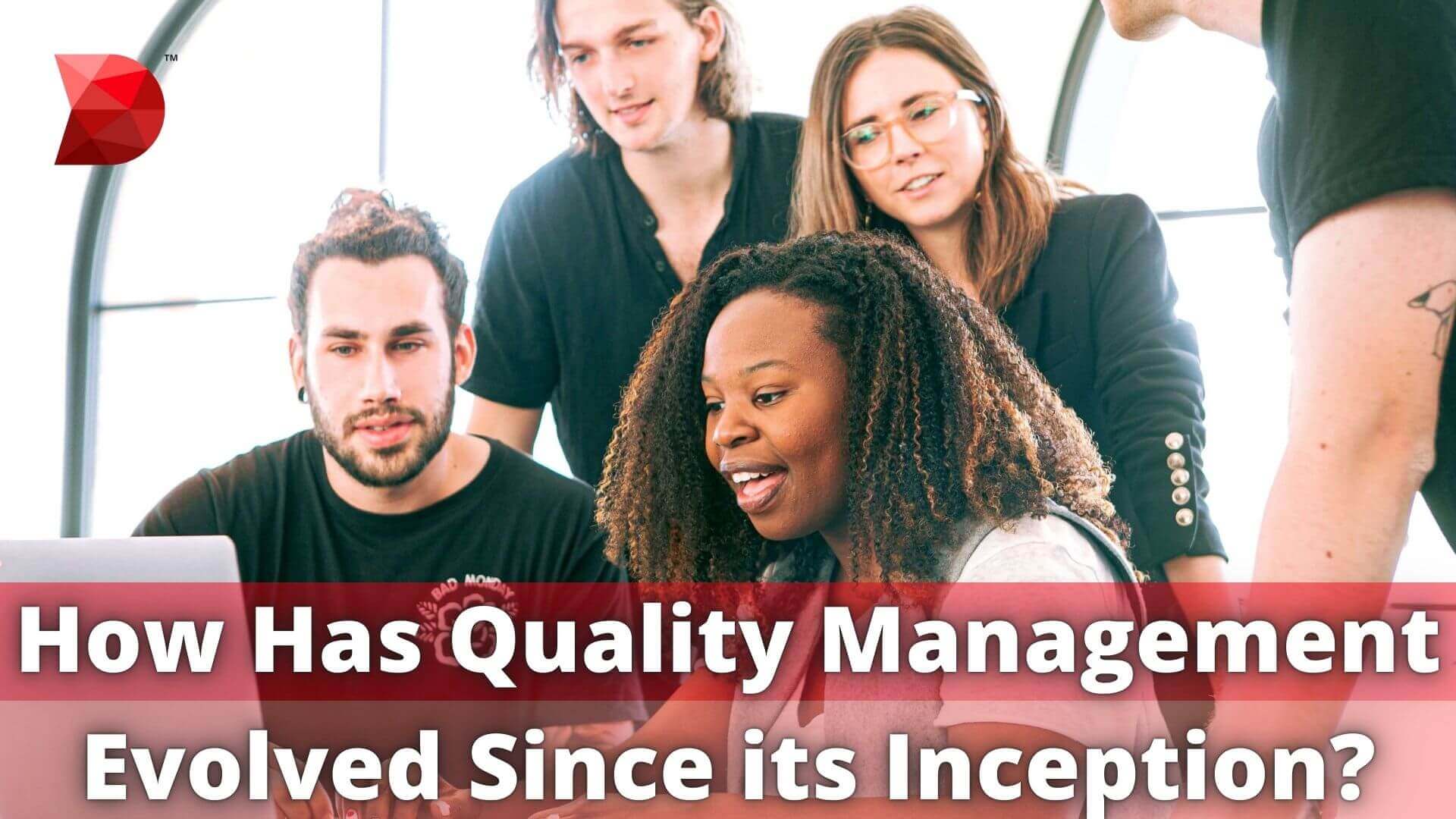 Quality management (QM) first popped up as long ago as the Middle Ages, when guilds implemented inspections to maintain the quality of their products–and their reputations. Today, QM looks substantially different and we can expect to undergo an even more significant evolution of quality as new technologies and data collections measures come into being.

Frederick W. Taylor’s “The Principles of Scientific Management” was published in 1911. Then, he will be the first to formally provide the framework for the use of people in industrial organizations. Taylor’s concepts of clearly defined tasks and standard conditions included inspections.

These inspections were designed to:

Taylor’s conception of inspections is one of the first formal corporate evolution of quality control procedures to be implemented. Thanks to his influence, businesses began to create separate inspection departments to focus solely on quality control.

Statistical Theory Speeds Up the Process

Thanks to statistical theory, the 1920s saw the beginnings of faster inspections. In 1924, Shewhart made the first sketch of what would become a modern control chart. W. Edwards Deming (the father of modern quality management) expanded on Shewhart’s methods, applying them to war manufacturing during World War II to use statistical process control to enable faster manufacturing without the loss of quality.

Unfortunately, once the war ended Deming found American companies unresponsive to his ideas, so he went to Japan, which was desperate for help to rebuild its war-torn economy. Thanks to Deming’s assistance and the studies of engineers such as Joseph Juran, Japanese manufacturing began to boom.

Growing consumer classes in the United States demanded higher quality. Thanks to their advanced quality management, Japanese companies were able to produce more products at a lower price with higher customer satisfaction. American firms found themselves struggling to compete. When Deming and Juran returned from Japan, the two men found a new interest in their theories.

Fitness for Use Shifts How it Defines the Quality

Joseph Juran published his book “Managerial Breakthrough” in the 1960s. Using eastern philosophies her learned in Japan, he advocated what he called “fitness for use,” a concept later used extensively by management expert Peter Drucker. Juran believed that higher-quality products had a greater number of features. It also fit with the requirements of the consumer–and also had fewer defects.

Deming also brought back lessons from Japan. Then, his work “Out of Crisis” was published in 1982. It includes his now-classic 14 points. Deming’s approach led to the creation of the theory of total quality management (TQM). He linked the concept of quality with efficient management.

Where Do We Go From Here?

Today, quality management has evolved to include these three most common theories: Six Sigma, Total Quality Management, and The Toyota Production System. Challenges to implementation remain, however. In a recent study, only 50% of business leaders said quality was at the heart of their organization. Even fewer (16%) claimed their quality was marketing-leading, despite over 80% claiming quality was critical or important.

As advances in technology improve manufacturing processes and the collection and integration of data, and as risk management is increasingly (and rightfully) seen as a vital component of the evolution of quality, as a result, the practical use of quality management can only continue to grow.