For attribute data: a control chart of the percentage of defective units (or fraction defective) in a subgroup.

An analysis of the frequency of occurrence of various possible concerns. This is a useful way to decide quality control priorities when more than one concern is present. The underlying Pareto Principle states that a very small number of concerns is usually responsible for most quality problems.

For acceptance sampling: the percentage of units in a lot that is defective, i.e., of unacceptable quality.

Analysis of a process to determine the distribution of a run. The process may or may not be in statistical control. 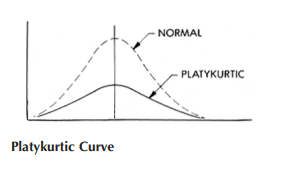 A single-value estimate of a population parameter.

The set of all possible outcomes of a statistical determination. The population is usually considered as an essentially infinite set from which a subset called a sample is selected to determine the characteristics of the population; i.e., if a process were to run for an infinite length of time, it would produce an infinite number of units. The outcome of measuring the length of each unit would represent a statistical universe, or population. Any subset of the units produced (say, 100 of them collected in sequence) would represent a sample of the population. Also known as universe.

The extent to which repeated measurement of a standard with a given instrument yields the same result.

A method of controlling a process based on the specification limits. It is used to prevent the manufacture of defective units, but does not work toward minimizing variation of the process. The area between the specifications are split into zones (green, yellow, and red) and adjustments made when a specified number of points fall in the yellow or red zones.

For measurements: a standard maintained by the National Institute of Standards and Technology for a particular measuring unit. The primary reference standard duplicates as nearly as possible the international standard and is used to calibrate other (transfer) standards, which in turn are used to calibrate measuring instruments for industrial use.

The likelihood that a particular occurrence (event) has a particular outcome. In mathematical terms, the probability that outcome X occurs is expressed by the formula. Note that, because of this definition, summing up the probabilities for all values of X always gives a total of 1. This is another way of saying that each trial must have exactly one outcome.

A relationship giving the probability of observing each possible outcome of a random event. The relationship may be given by a mathematical expression, or it may be given empirically by drawing a frequency distribution for a large enough sample. Process Analysis Diagram — A cause-and-effect diagram for a process. Each step of the process and the factors contributing to it are shown, indicating all cause-and-effect relationships. This allows systematic tracing of any problems that may arise, to identify the source of the problem.

The level of uniformity of product which a process is capable of yielding. Process capability may be expressed by the percent of defective products, the range or standard deviation of some product dimension, etc. Process capability is usually determined by performing measurements on some (or all) of the product units produced.

Maintaining the performance of a process at its capability level. Process control involves a range of activities such as sampling the product of the process, charting its performance, determining causes of any excessive variation, and taking corrective actions.

The maximum probability of saying a process or lot is unacceptable when, in fact, it is acceptable. See also α Risk.