Tips on How to Write a Contract: Template Samples 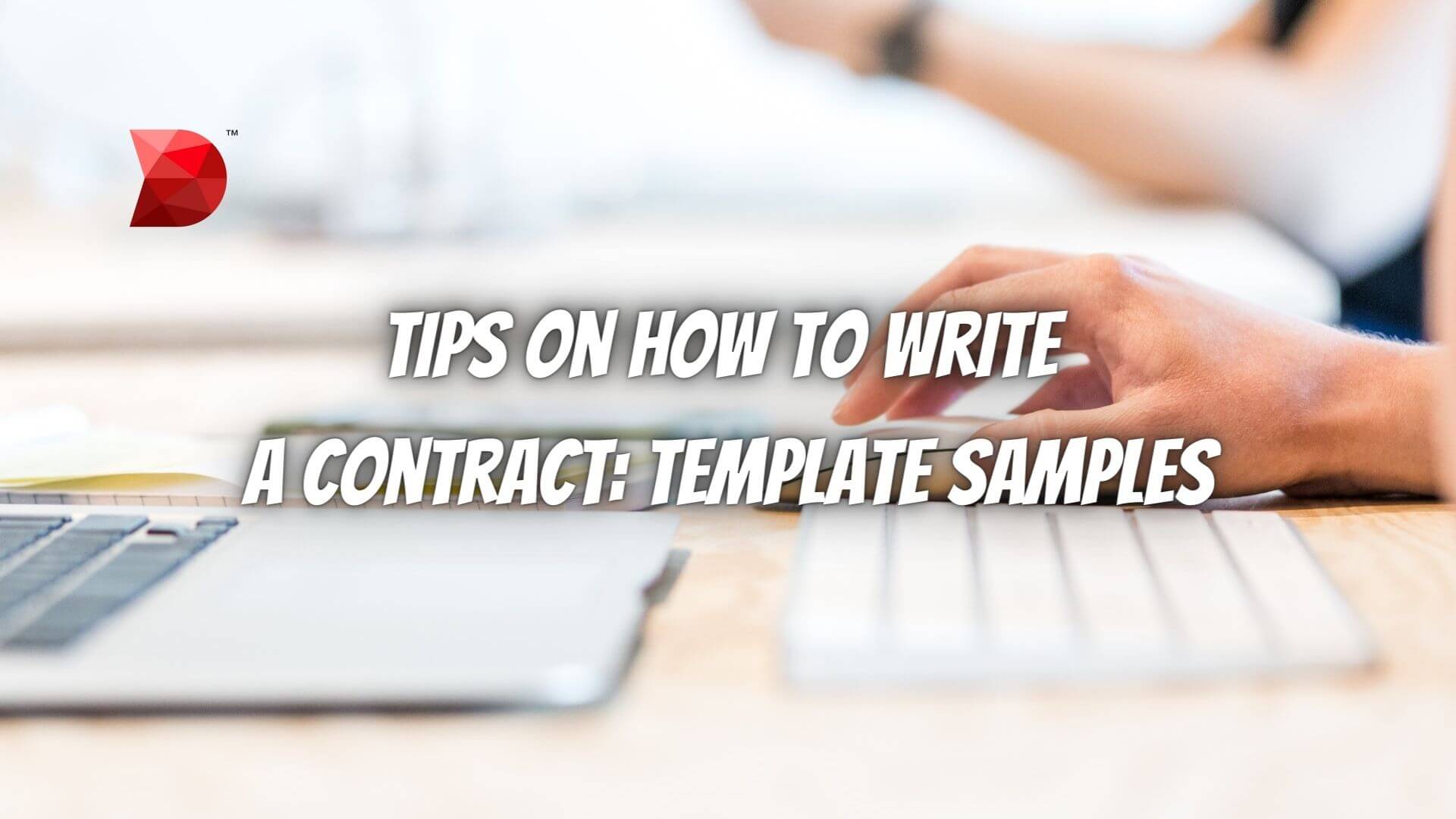 When you’re in business, there’s a lot of paperwork to deal with—and one of the most important documents you’ll need is a contract. A contract sets out the expectations for you and the person you’re doing business with so both parties are clear about their rights and obligations.

In this blog post, we’ll give you tips on how to write a contract and some contract samples to help get you started.

What is a Contract?

A contract is an agreement between two parties. It’s a legal document that outlines a promise, or set of promises, that the law will enforce. In other words, if you don’t hold up your end of the contract, the other party can pursue legal action against you.

Contracts are necessary when you’re in business because they lay out the expectations for both you and your client or customer. As a result, there’s no confusion about what each party is responsible for.

For example, let’s say you’re a web designer, and a client has hired you to design their new website. In your contract, you’ll want to include how long the project will take, what kind of design they can expect, how much you’ll be paid, and when that payment is due.

Once both you and your client have agreed to the terms of the contract and have signed it, you’re both legally bound to uphold your end of the deal.

Tips for Writing a Contract

Writing a contract can be an intimidating experience—especially if you’ve never done it before. You might leave out something important or phrase some statements incorrectly, which leaves it open to ambiguity and misinterpretation. But don’t worry, we’re here to help. Here are some tips on how to write a contract:

The contract should clearly state both parties involved in the agreement, stating their full and actual names. You don’t want there to be any confusion about who is responsible for what. For example, there might be multiple companies in your area using the name “Prime Bank.”

That’s why the contract you make should be specific about the business’s full name to avoid confusion as to which bank is being contracted. That means the first line of the contract should state something like, “This Contract Agreement is between John Doe and the Prime Bank of Plymouth, Minnesota, which headquarters at [insert address].”

Don’t try to use fancy legal language to sound more professional—it’ll only make things more confusing. Instead, write in clear, concise language so both parties understand what they agree to. If you need to use any legal terms, make sure to explain them in layman’s terms, so there’s no confusion.

Again, you want to avoid ambiguity in the contract. Be clear about what each party is responsible for and when those responsibilities need to be carried out. The more specific your statements are, the more understandable your contract will be. Don’t say “The website should be completed within a reasonable amount of time.” Instead, rephrase that to “The website needs to be up and running by May 31st.”

If there are any deadlines or milestones in the project, make sure to include them in the contract, so both parties are clear about when things need to be done.

Be as Detailed as Possible

If there’s any chance that something could be misinterpreted, spell it out in the contract. The last thing you want is for there to be a misunderstanding about what was agreed upon. If there are any gray areas in the contract, make sure to address them, so both parties are on the same page.

Mention Both Parties’ Rights and Obligations

The contract should state what each party is entitled to and what they’re obligated to do. This way, there’s no confusion about who is responsible for what. For example, suppose you’re hiring a web designer to build your website. In that case, you’ll want to include in the contract that they are responsible for designing and building the website, and you are responsible for providing them with the content for the website and paying them their fee once they complete the project.

Include a Signature Line

At the end of the contract, you’ll want to include a signature line for both parties. This legally binds both parties to the contract and shows they’ve read, understood, and agreed to the terms.

Without a signature line, the contract isn’t legally binding, and either party could back out of it without any consequences. So make sure to include a spot for both signatures at the end of the contract.

Make Sure Both Parties are in Mutual Agreement to the Terms

Before you sign the contract, make sure that both parties have read and understand the terms. Each party should sign and date the contract and keep a copy for their records. And that’s it—you’re all set!

Consult with a Lawyer

If you’re not sure about something in the contract or want to be extra cautious, you can always consult with a lawyer. They can help you understand the contract and ensure that it’s fair for both parties involved.

There are many different types of contracts, but some of the most common include:

Now that you know the basics of writing a contract, you can get started on drafting your own using the DataMyte Digital Clipboard—DataMyte’s ever-reliable workflow automation software.

With the smart forms feature, the DataMyte Digital Clipboard can help you create contract templates for all sorts of different agreements. The drag-and-drop feature also makes the entire process faster and more convenient. You can even add other elements to your contract templates, such as timestamps, e-signatures, and more!

Get started on your contract template today with DataMyte’s Digital Clipboard! Visit our website to learn more about how our software can help you with contract creation and management.

As a business owner, understanding the importance of contracts and how to write them is crucial. By following the tips in this article, you can create the right type of contract for your needs. And with DataMyte’s Digital Clipboard, you can easily create contract templates that will save you time and effort in the future. So what are you waiting for? Get started today!