Benefits Of Electric Cars On The Environment 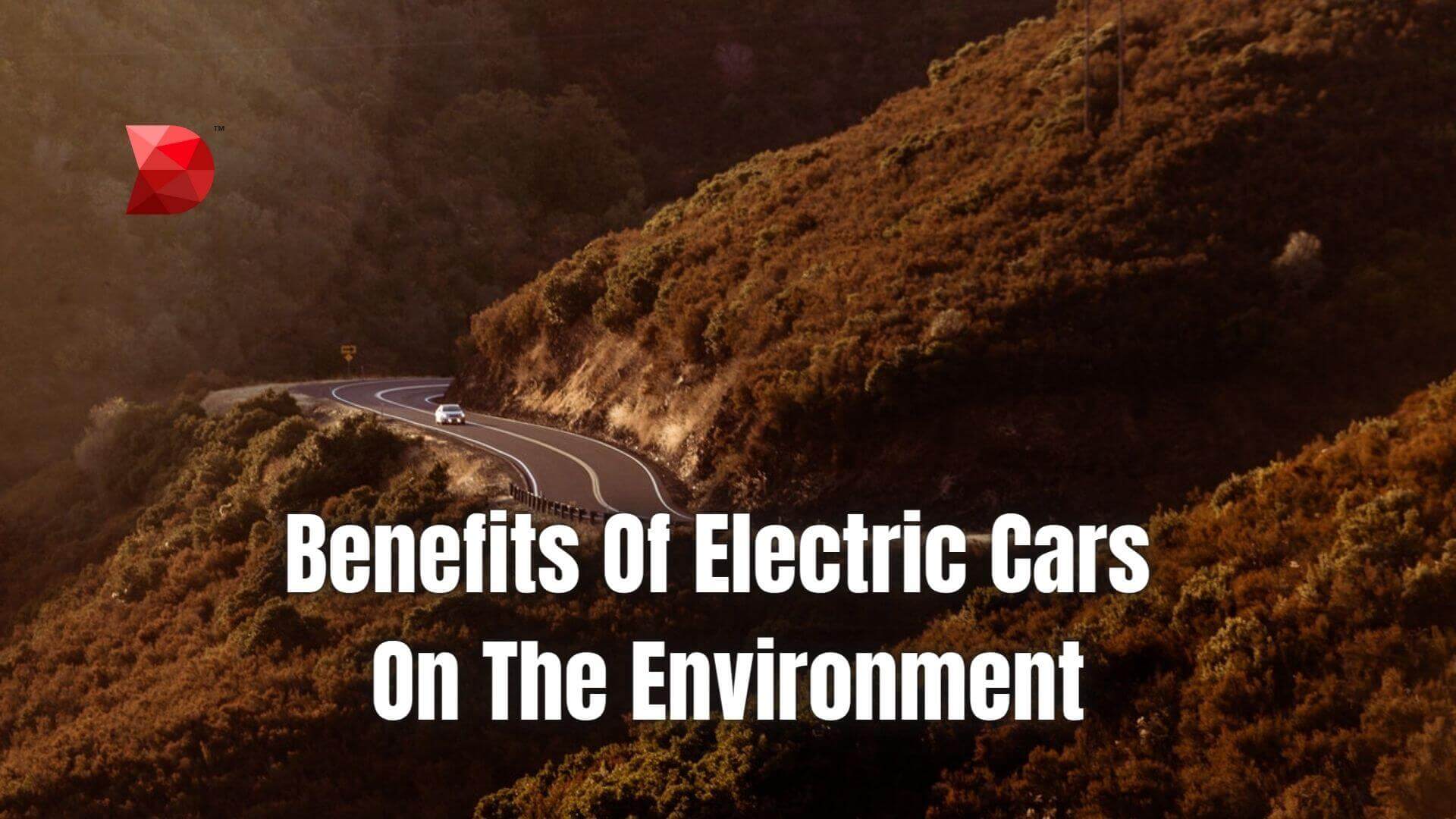 Electric cars are becoming increasingly popular yearly, and for a good reason. Not only do they save you money on gas, but electric cars also have several benefits when it comes to the environment.

In this article, we will explore ways electric cars help reduce greenhouse gas emissions and improve air quality. We’ll also look at the future of electric vehicles and their impact on the environment. So if you’re wondering if electric cars are really as green as they claim to be, read on!

What Are Electric Cars?

First off, what are electric cars, and how do they work? Electric cars are powered by batteries instead of gasoline. When you plug in your electric car to charge, the battery is what stores the energy that powers the electric motor.

Electric cars function similarly to their gasoline counterparts. However, what sets it apart is the environmental benefits that it entails. To further understand the significance of EVs and their relevance in today’s market, let’s take a look at the benefits electric cars have on the environment:

One of the most notable benefits electric cars have on the environment is that they emit far less pollution than gasoline cars. In fact, electric cars produce zero emissions! That’s right; electric cars don’t release harmful gasses or pollutants into the air. The reason is due to its clean and renewable energy source.

Batteries power electric cars, and when plugged in to charge, the energy that powers the electric motor is stored in  the battery. This is in contrast to gasoline cars which run on fossil fuels, such as oil and gas. Burning these fossil fuels releases harmful gasses into the atmosphere, such as carbon dioxide and nitrogen oxide.

These gasses are a major contributor to climate change and global warming. They also contribute to smog and air pollution, which can negatively affect our health. Electric cars don’t release harmful gasses or pollutants into the air, making them much cleaner and greener.

Another environmental benefit of electric cars is that they have a smaller carbon footprint than gasoline cars. A car’s carbon footprint is the total amount of greenhouse gasses emitted during its life cycle.

Another benefit of electric cars is that they run on clean and renewable energy. Batteries power electric cars, and when plugged in to charge, the battery stores the energy that powers the electric motor.

This electricity can come from various sources, such as solar, wind, or hydropower. In contrast, gasoline cars run on fossil fuels, such as oil and gas. Unfortunately, burning these fossil fuels releases harmful gasses into the atmosphere, such as carbon dioxide and nitrogen oxide.

Yes, making electric cars does use a lot of energy—the same as making gasoline cars. However, even if we consider battery manufacturing, electric cars are still a greener and more sustainable option.

Most electric car batteries are made with lithium, a relatively abundant element in the Earth’s crust. In contrast, gasoline cars use lead-acid batteries made with lead. Lead is a toxic metal that causes health problems. It’s also rarer than lithium, meaning it takes more energy and resources to mine and extract.

Finally, electric cars are also more efficient than gasoline cars. Electric cars convert about 77% of the electrical energy from the grid to power at the wheels.

With the DataMyte Digital Clipboard, you have a tool that can help make EV production more efficient. Request a demo today to see how we can help you take your electric car production to the next level!

Electric cars have many benefits over gasoline cars. They’re better for the environment, they run on clean and renewable energy, their manufacturing is more sustainable, and they’re more efficient. Electric cars are the way of the future, and we need to start transitioning to them now if we want to preserve our planet.