Guide To Nemawashi at Work: How To Gather and Analyze Useful Data with Consensus 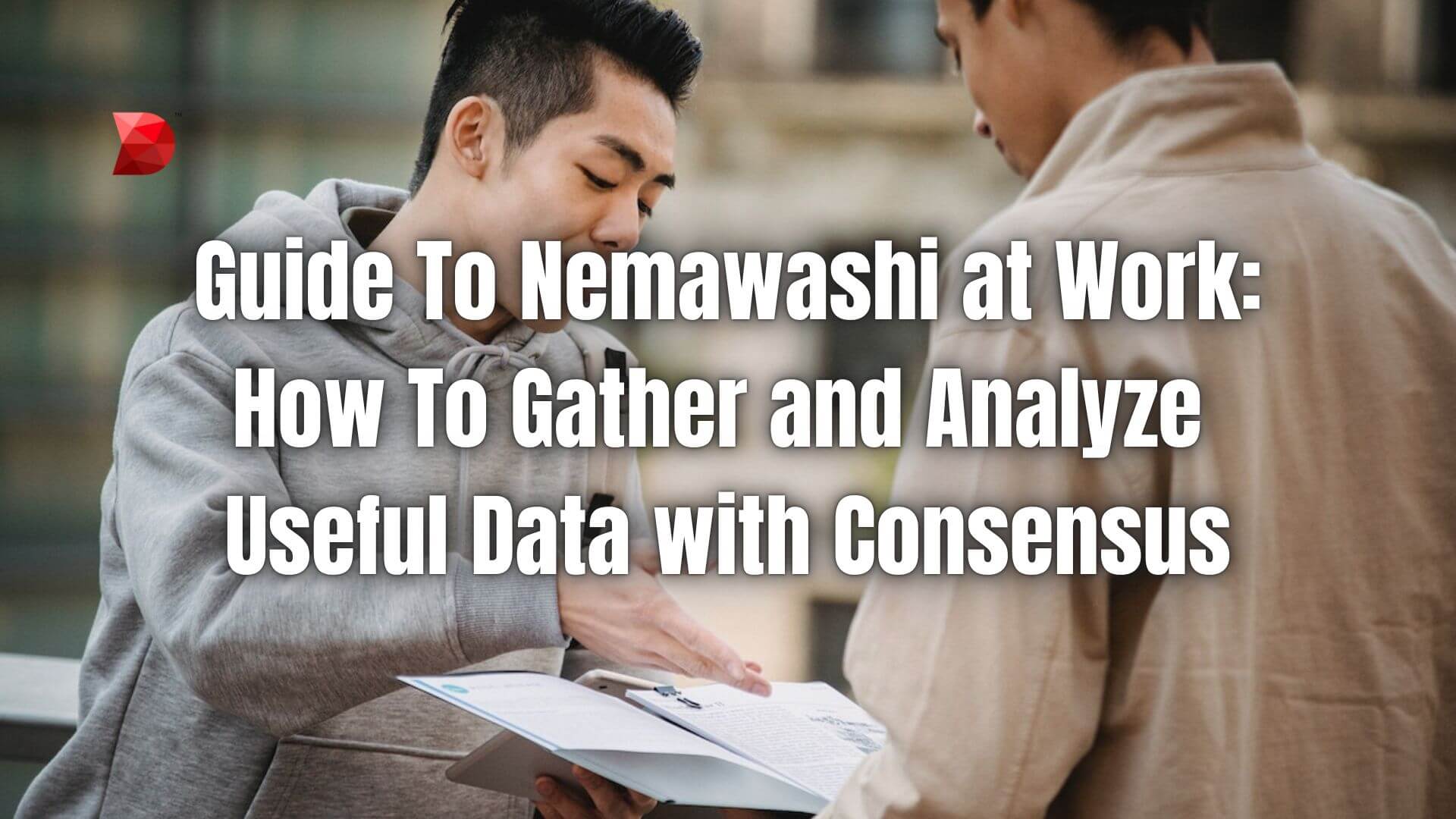 In business, making decisions is a critical task. However, it can be difficult as so many factors can be considered. Sometimes, it’s hard to know who the best person is to make a decision. Making the wrong decision can have catastrophic implications. That’s why it’s important to gather and analyze data before making a decision. That’s where Nemawashi comes in. But what exactly is it, and should you incorporate it into your business operations? This guide will discuss how to use Nemawashi at work to gather and analyze useful data efficiently.

Nemawashi is a Japanese word that means “gathering of information.” It’s a simple consensus-building strategy that bases decisions on team consensus first. Using Nemawashi involves talking to individuals belonging to a group that’s tasked to make decisions or impact decisions made in an organization.

This management system is vital to obtaining the buy-in of everyone involved, which is necessary to implement changes successfully. It’s a way of bringing ideas in from every level, from managers to cleaners. Nemawashi also ensures that people with the most knowledge about a process are included in decision-making.

At this point, you may already have an idea about what Nemawashi is; however, you may still have several questions on your mind. This section will answer some of the most frequently asked questions about Nemawashi.

How is Nemawashi Used?

Nemawashi can be used in different ways, but its main purpose is gathering information and building consensus within a team. For example, it’s often used during problem-solving sessions or when a company wants to implement changes. You can ensure everyone is on board with the changes by involving everyone in the decision-making process.

Why is Nemawashi Important?

As one of the Toyota Production Systems’ 13 Pillars, Nemawashi is an important and effective strategy for building consensus when changes are made to current processes. It’s also a great decision-making tool when something new is introduced to your organization.

Just imagine how an abrupt change can alter the dynamics within a team. Nemawashi allows everyone to voice their opinions and be part of the decision-making process. It also allows time for people to get used to the idea of change before it’s implemented.

When is the Best Time to Use Nemawashi?

The best time to use Nemawashi is when there’s a need for change in your organization. It could be something as small as changing the office layout or something as big as implementing a new system. Whichever it is, using Nemawashi will help ensure that everyone is on the same page.

Nemawashi vs. Lobbying: What’s the Difference?

Lobbying is often seen as manipulative, while It is seen as a more dynamic way of discussing the challenges and merits of a potential change. In addition, lobbying is usually done by a few people, while Nemawashi involves everyone.

Several benefits come with using Nemawashi. Here are some of them:

By incorporating Nemawashi at work, you’re allowing everyone to have a say in decision-making. This leads to better decisions because all voices are heard and considered.

Nemawashi also helps improve communication within an organization. Everyone involved in the decision-making process leads to better understanding and collaboration among team members.

Another benefit of Nemawashi is that it helps build consensus within a team. When everyone has a say in the decision-making process, it’s more likely that they’ll be on board with the changes. This leads to less resistance and more support for the changes being implemented.

How to Apply Nemawashi at Work

Now that you know what Nemawashi is and why it’s important, it’s time to learn how you can apply it in your workplace. Follow the steps outlined below:

Implement Nemawashi at Work with DATAMYTE

Conducting Nemawashi means that you intend to build consensus and be able to improve the proposal or idea before its implementation. DATAMYTE and its Digital Clipboard is a powerful tool that can help you make sure that pertinent information is gathered and analyzed to build support for proposals when doing Nemawashi

With the DataMyte Digital Clipboard, you can create workflows, checklists, forms, and other tools that can help you gather data more efficiently. You can also use it to track progress and ensure everyone is on the same page. Nemawashi at work can be a challenge, but with DATAMYTE, you can overcome it and build consensus within your team through the convenience of automation.

Book a demo with us today if you want to learn more about how DATAMYTE can help you with Nemawashi at work. We’ll show you how our software can help you gather and analyze data more effectively.

Nemawashi is a great way to gather information and build consensus within a team. It’s an important strategy for making organizational changes, and it has several benefits that make it worth using. So if you’re ever faced with the need to make changes in your company, don’t forget to use Nemawashi!